Emory College undergraduates were among the first people Christina Gavegnano wanted to talk about a new study that confirmed the drug she co-invented is the gold standard for saving lives critically ill COVID-19 patients.

The students in question are taking the comprehensive drug discovery course that Gavegnano, an assistant professor at the Emory School of Medicine, teaches at Emory College’s Center for the Study of Human Health.

Gavegnano, listed with antiviral expert Emory Raymond Schinazi as the sole co-inventors of the drug baricitinib, also taught a bioethics class this spring and led a class on vaccines and inflammation last fall. The course, which returns next year, is part of a new human health initiative aimed at exposing students to the full bench-to-bedside process that needs scientists, clinicians, lawyers, policy makers and others to work.

“Science needs collaboration to empower itself in the real world,” says Gavegnano. “Students absorb this, because it’s happening in real time, and we’re just giving context.”

Applying context is a hallmark of human health, which integrates the liberal arts emphasis on critical thinking with Emory’s renowned health science research. The COVID-19 pandemic has further underscored the many ways in which human experience is linked to health – and the important role of unconventional thinkers such as Gavegnano.

An unorthodox approach to discovery

Twelve years ago, the conventional wisdom for a cure for HIV essentially called for setting the virus on fire: reactivating it from the reservoirs, then detonating it with a still-determined drug. Gavegnano’s idea was more unorthodox: to modulate the immune pathways in a virus known to exhaust the immune system, in a way that was more like putting a lid on the viral fire, letting it die down while the immune system is restored.

The result was a class of drugs Gavegnano discovered in 2012 known as JAK (janus kinase) inhibitors for the specific family of enzymes they regulate to dampen inflammation.

Getting the first of them – ruxolitinib – approved by the FDA took years of study, testing and ultimately human trials that Gavegnano co-led with Vincent Marconi, a professor of infectious diseases and global health at the Emory School of Medicine.

Baricitinib, a second-generation JAK inhibitor approved for long-term use and in children as young as two years old, gained FDA approval for rheumatoid arthritis in 2018.

Gavegnano had begun preclinical work with baricitinib for HIV, with the aim of supporting future human studies, when the pandemic hit. In 2020, his work became the basis for repurposing baricitinib to treat systemic inflammation and immune dysfunction from COVID-19 that was killing patients.

In February, the global COV-BARRIER study found that baricitinib significantly reduces the risk of death in ventilated patients. The World Health Organization has since issued a “strong recommendation” for worldwide use.

“Our goal is to train and educate our students to become leaders in jobs that don’t yet exist,” says Michelle Lampl, Charles Howard Candler Professor of Human Health and Samuel Candler Dobbs Professor of Anthropology, who directs the Center for the Study of Human Health. “Dr. Gavegnano’s depth of scientific knowledge and willingness to be a counter-paradigm exemplify the importance of being forward-thinking in healthcare.

Lampl first invited Gavegnano to be a guest speaker in his predictive health classes last year, where Gavegnano shared his inflammation-focused lab work as it relates to how viruses cause disease. 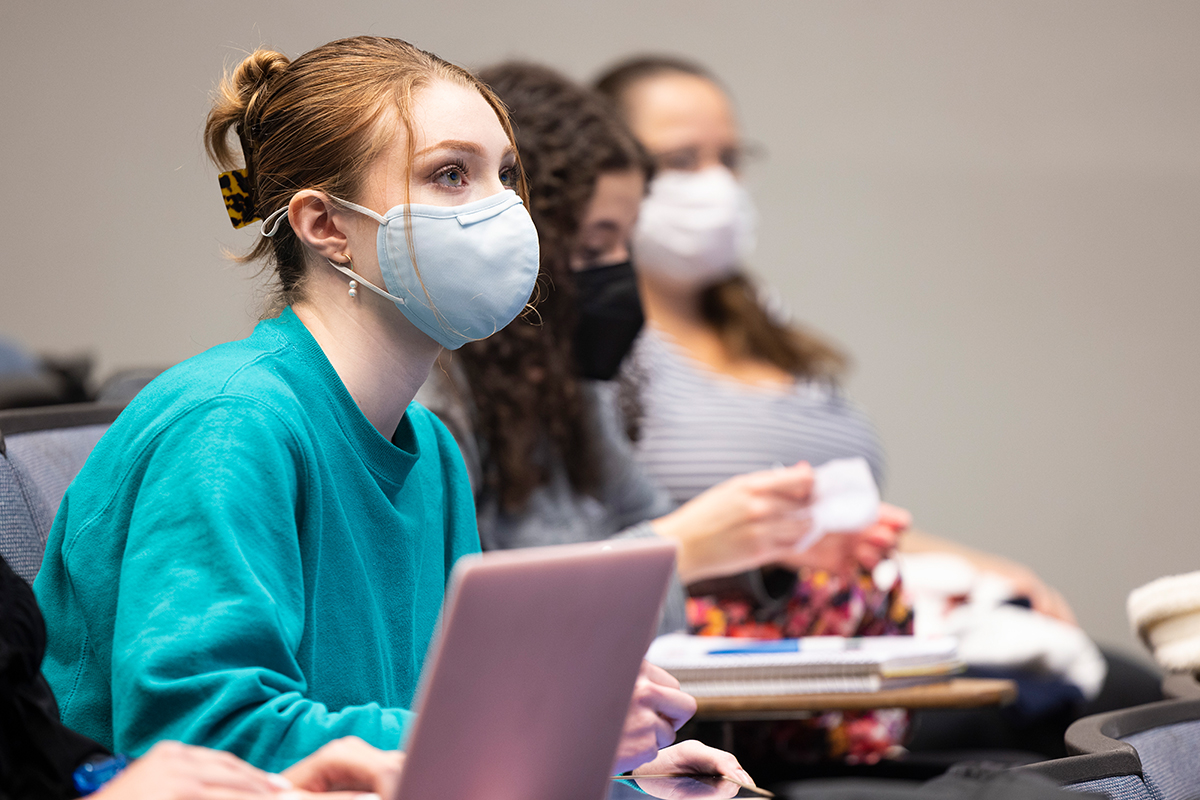 Keri Kramer, a major in human biology and anthropology, was among the students in this course, where each discussion of what is known about the immune system led to more unanswered questions.

“Dr. Gavegnano has done a great job of reminding us that inflammation is a major cause of illness, mental health issues, and so many other things that affect your health,” says Kramer, who is planning a sabbatical before to enter medical school “I want to include immunology in my career 150% because it is relevant to all areas of medicine.”

Human health major Merissa Coleman, who also took Gavegnano’s course last fall, signed up for the drug discovery course because it seemed like a continuation of questions about the social and biological aspects of health. covering scientific discovery, policy, public health, research and legal aspects of drug development.

“The Course really shows how multifaceted health is,” Coleman says. “Too often, drugs are not tried on the people who would benefit most from them first, but we have seen how the special considerations of the pandemic have revealed how important it is to consider how we think about all the elements that fit together in health care and our own health.

Coleman begins work linking healthcare operations and patient outcomes this fall, after a summer working on protocols and policies in the Gavegnano lab. She is torn between whether she will eventually return to school for a master’s degree in public health focused on health policy or a doctorate in immunology.

After living two years with a virus that took a terrible human toll, Gavegnano likes to hear that his research can have as much of an effect on future researchers as it does on research.

“Experiencing immunology and drug discovery in real life has transformed the way we work and think,” says Gavegnano. “What these students are learning is revolutionary, if only because they see the demand for practical knowledge and creative thinking.”